What is regenerative agriculture (and how is it different from ALLLLLL the other labels)? 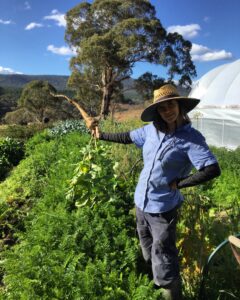 Putting on my producer member hat for a minute, my farming journey so far has been characterised by big, life questioning moments and paradigm shifts -and this is a pretty standard story for regenerative farmers. 7 years ago I got into farming because I wanted to save the world, specifically by growing the healthiest food possible and leaving the place that I grew that food healthier and more functional than I found it. The plan seemed so simple and pure that I naively thought that all I needed to do was farm organically and I would automatically be in harmony with nature and producing the most nutrient dense food possible.

Running parallel to my own farming journey was my brother-in-law’s foray into growing vegetables hydroponically. At family gatherings we would frequently lock horns over whether growing in soil or growing hydroponically was better. I felt so smug in my defence of good ol’ organics and couldn’t understand how he could possibly see food grown hydroponically as better than food grown in the soil -with all of its un-replicable and untapped mysteries. Then one day he threw something at me that I didn’t have an answer for. He said that Certified Organic farms can be just as bad for the environment as conventional ones, and gave me several examples that I couldn’t argue with. I was stumped. He didn’t convert me to hydroponics -I am way too in love with soil for that, but he did sow a seed of doubt in my mind that started to niggle away. 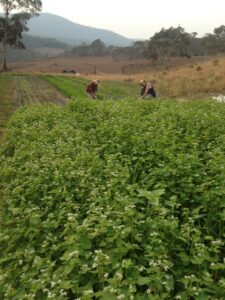 The deeper I got into farming and soil health the better I understood his comment. I realised that something can be Certified Organic whilst still causing erosion and releasing carbon into the atmosphere (amongst many other evils). Looking back it seems silly and incredibly naïve that my brain made the leap between ‘Organic’ and saving the planet. Of course, no chemicals in our food and soil is a wonderful thing, but it doesn’t automatically equate to a healthy planet -and that is what I was in it for.

For a while I felt a bit lost. Farming was going to be my contribution to the kind of world I wanted my kids to inherit, and organic was my ticket to ride. I could now see how some of the things I had been doing on my own farm, whilst unquestionably organic, were still damaging the delicate soil ecosystem. I played around with elements of biodynamics, no-till and Korean natural farming but encountered similar questions around whether I was really leaving the farm better than I had found it. It wasn’t that any of these practices were wrong but at the end of they day I realised that they were all just tools -and just because you own a hammer doesn’t mean you can bang in a nail. 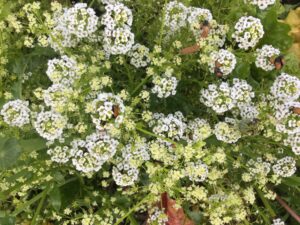 This is where regenerative agriculture finally comes into focus. Regenerative agriculture, in contrast to many of the practices mentioned, is focused solely on farming outcomes and applies to all agricultural products from food to fibre. It asks ‘did you build more soil carbon?’ ‘did you increase soil biodiversity?’ ‘did you improve water cycling?’ Whether you did it using organics, biodynamics, no-till, Korean natural farming, etc., is beside the point.

For my part I hired a regenerative agriculture consultant for the farm and paddled right out into the open ocean of regenerative growing. It took a while to adjust to this new farming paradigm. Often I would get onto calls with the consultant sure that I would receive pats on the back for my latest composting idea, only to find that the consultant wouldn’t give me a straight answer as to whether it was a good idea or a bad one. ‘Sure, try it and see’ he would say, and indeed it is the ‘seeing’ that is the test. There are things that can be seen by the naked eye, like a visible increase in soil aggregation, higher earth worm numbers, or increased water infiltration to name a few markers. Then tools like refractometers, penetrometers, microscopes and soil tests might also allow us to measure increased brix levels, aeration in soils, bacterial and fungal diversity and soil carbon sequestered. All of these factors create a picture of whether the outcome of our growing practices can be defined as regenerative. 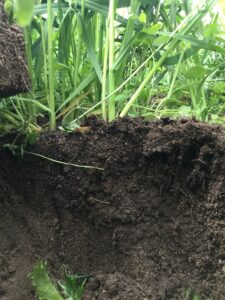 Drawdown by Paul Hawken ranks regenerative agriculture at #11 in a list of the 100 most substantive solutions to reverse global warming, based on meticulous research by leading scientists and policy makers around the world. So how do consumers source and buy regeneratively grown products? The answer is not simple. Whilst there are a few regenerative certifications starting to emerge, these are not yet widely utilised or accessible to producers. Furthermore, in the development of these labels, scientific and political arguments about how regenerative outcomes are to be measured are inevitable, and of course, any label always runs the risk of being co-opted and used for green-washing by unscrupulous corporations.

I told you the answer wasn’t simple!

Thankfully, nature will always have the last say on whether something can be defined as regenerative or not. As a consumer, your best bet is to learn a bit about soil health, get to know the people who produce your food and ask them the hard questions -what regenerative outcomes are they achieving on their farm and how do they measure them? At Southern Harvest Association we like to keep the conversation going around regenerative agriculture and support our producers in their individual journeys, whilst also offering the consumer the chance to engage and see behind the scenes. 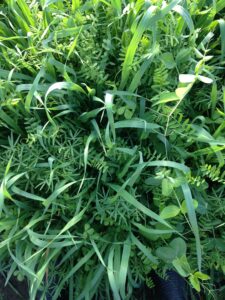 By Emily Yarra|2021-07-21T11:22:35+10:0021 July, 2021|democracy, ethical eating, farming, Gardening, general news, local food, permaculture|Comments Off on What is regenerative agriculture (and how is it different from ALLLLLL the other labels)?