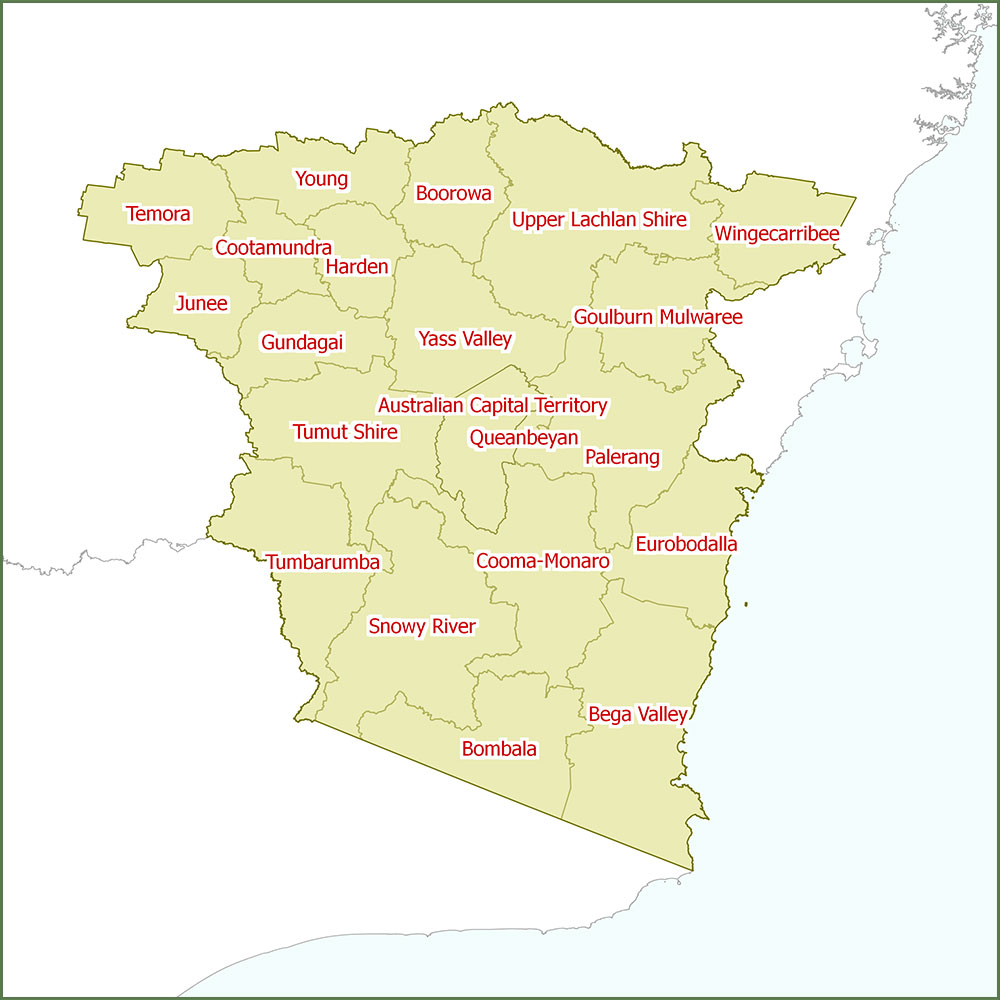 Southern Harvest Association is an educational and marketing non-profit incorporated local food association at the forefront of supporting and promoting local and regional food production and consumption in South East NSW and ACT.

Southern Harvest organised the highly successful Bungendore Harvest Festival in April 2017 which attracted between 3000-8000 visitors and showcased the region’s food, wine, fibre and farming enterprises.  The event had a positive impact on stallholders and the local business community, and will become a major annual event on Bungendore’s calendar.

The Southern Harvest region is a vibrant bio-region supplying everything you need to enjoy a rich diversity of seasonal produce. It incorporates the following local government areas (listed from North to South): 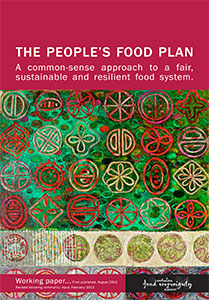 Stimulating the initiative was the government green paper’s heavy bias towards corporate agribusiness, large-scale food manufacturing, big retailing interests and a flawed public consultation process. AFSA knew these things did not truly represent the aspiration of ordinary Australians nor would they move the nation towards securing its supply of basic, essential foods and creating opportunity for smaller businesses and farmers, entrepreneurs and community initiatives in food systems.

AFSA called their policy directions document the Peoples’ Food Plan because, in contrast to the government, theirs would be developed as an authentically open, inclusive and democratic document reflecting the aspirations of eaters, farmers, community organisations, small to medium size food businesses and nutritional, health and other advocacy organisations.

Southern Harvest is proud to be a member of AFSA, and supports The People’s Food Plan.

The Australian Capital Region Food Hub events were borne out of research findings from the Local Food Initiative project.

The Local Food Initiative project aims to identify barriers to local food production and consumption in order to develop practical solutions for producers, retailers and consumers. Research is ongoing. Please help by completing a brief survey on our home page.

The results overwhelmingly identified that producers want to sell locally and consumers want to purchase locally produced food; however there are severe failings within the supply chain. Distributors (retailers, restaurants, etc) said they don’t know where to find local food and commented on inconsistent supply. Consumers didn’t know where to purchase local food, liked to purchase “out of season” and found local food too expensive. Detailed results can be found in Food Hub #1 and Food Hub #2 Presentation Slides. 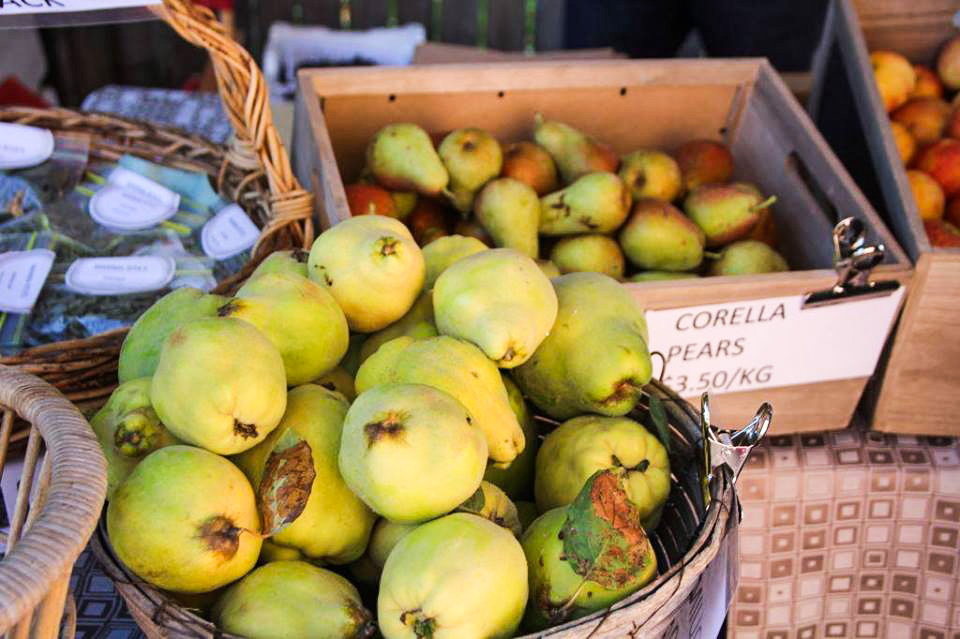 The Australian Capital Region Food Hub event #1 occurred in June 2014. Its purpose was to gain an indication of support for setting up an Australian Capital Region Food Hub, establish a network of like-minded people, and raise awareness of the Local Food Initiative surveys. Refer to Food Hub #1 Session Notes and Post Event Feedback from attendees. The outcomes of Food Hub #1 were a desire for:

The Australian Capital Region Food Hub event #2 was held in October 2014 to report back to interested parties on progress and further investigate forward progress. Key insights from this event included:

Since the Food Hub events, Southern Harvest has progressed awareness for regional food via the following actions:

The Australian Capital Region Food Hub has developed a series of maps that will be useful to various stakeholders in our region:

Committee and Other Volunteers 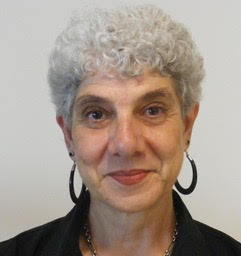 Jo Gaha
Jo has had a varied career as a social worker, counsellor, academic and senior public servant before becoming an alpaca farmer. She lives on 120 acres in Michelago and breeds high quality alpacas in a variety of colours and produces natural alpaca fleece and yarn. The yarn and hand made goods are sold under the name of Pacawoolly. The farm uses sustainable, natural and economically viable products and processes in the care of the alpacas, the land and the fleeces.Her heritage as a woman from Lebanon, with a mother who was a wonderful gardener and cook has given her a love for, and commitment to, locally grown, seasonal foods and she can turn any set of seasonal ingredients into a delicious and wholesome meal. 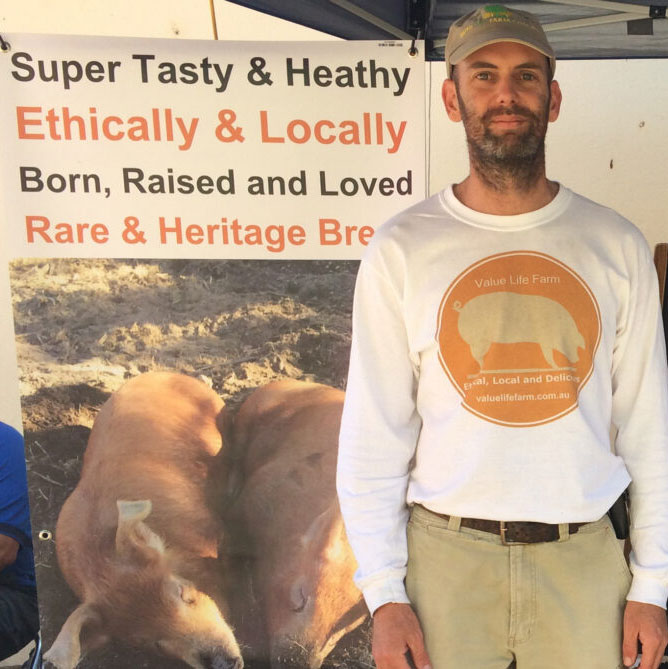 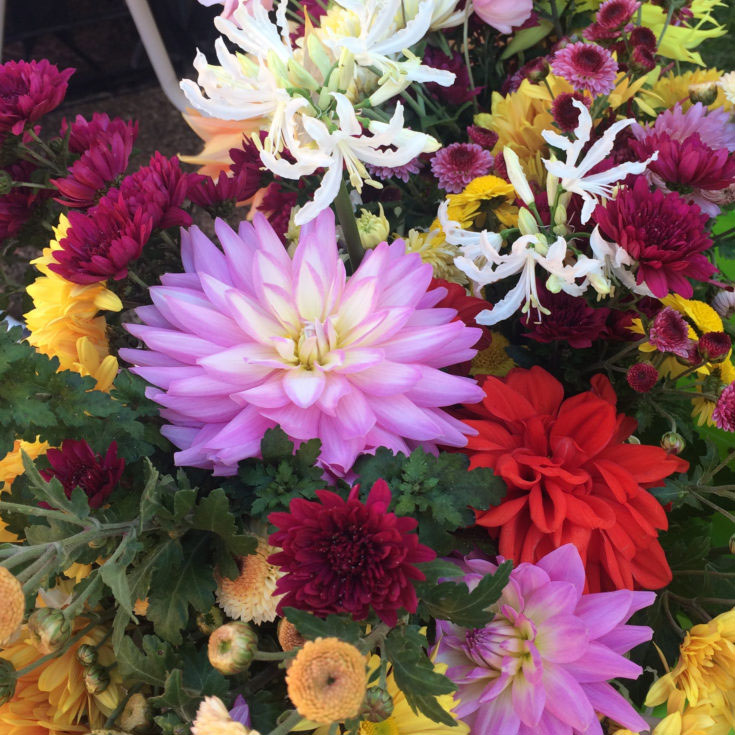 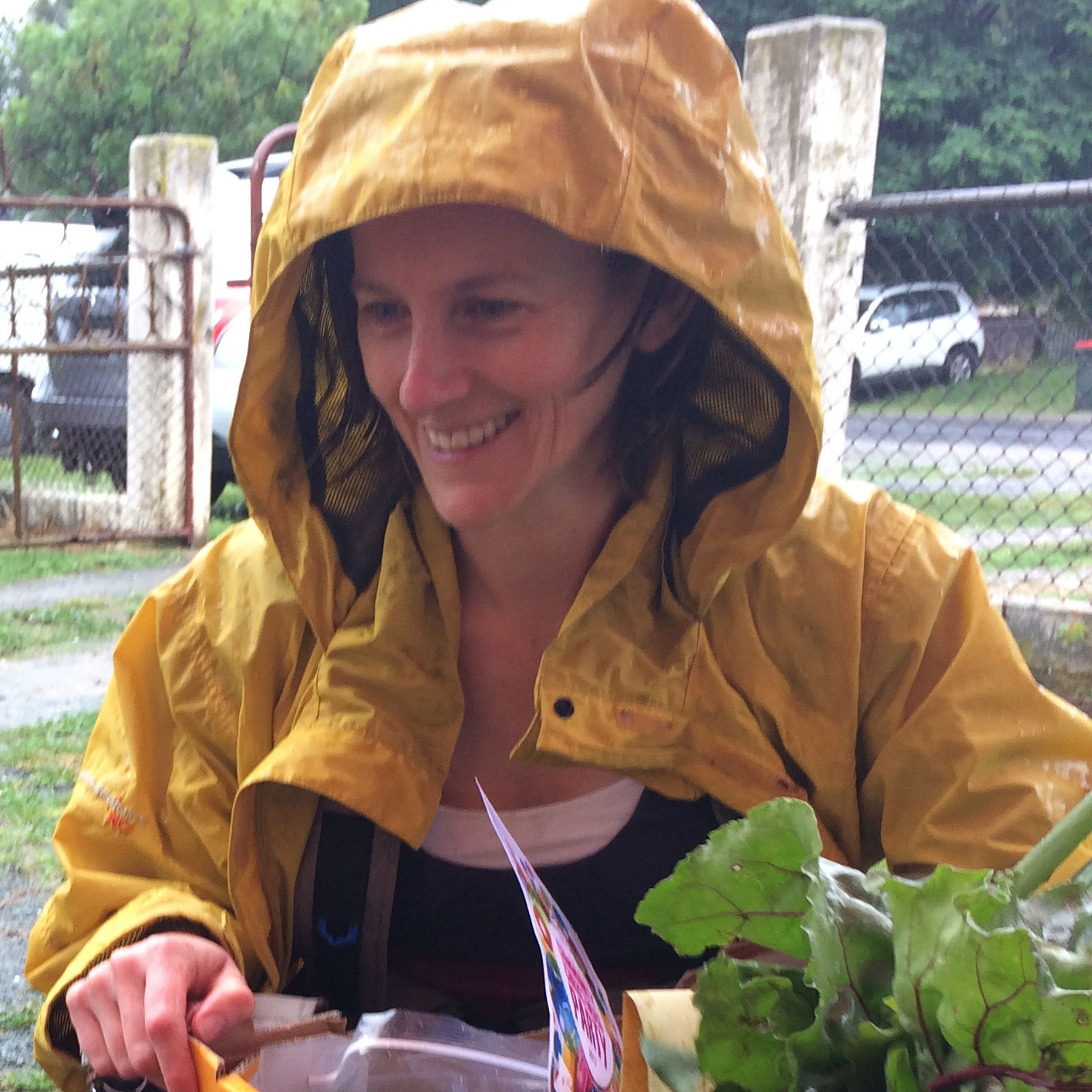 Alex Ford
Alex has been involved with SHA since 2015 when she started participating in SHA education workshops due to her interest in sustainable local food and homesteading. Since this time Alex has been a regular market visitor at Bungendore and has been heavily involved in the Produce Box scheme; initiating the Downer (Inner North) pick up point and supporting Ruth with various roles. Alex has supported the SHA Committee since 2018 and currently assists the Secretary mnages membership matters. Her work experience has primarily been International Development and Volunteer Management and she currently works for a local government association. She enjoys pottering in her backyard garden with her daughter, and making homecare products from local ingredients. 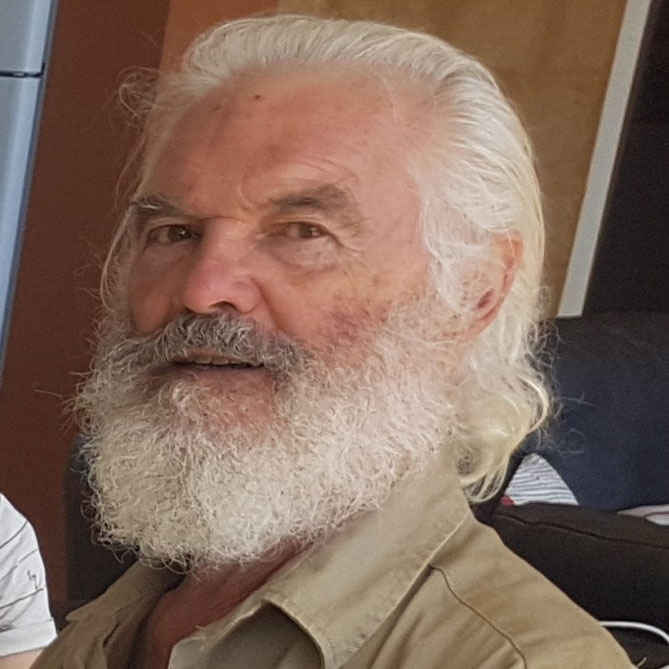 Geoff Foster
Geoff Foster, with his wife Colleen, trading as Jerrabatt Gully Organics, has been supplying fresh produce to customers in the Canberra-Bungendore region since 1995. Located at Bywong, their property is devoted to intensive vegetable production, and includes a few scattered fruit and nut trees. The farm employs three local workers on a part-time basis.

Mainly they provide weekly boxes of mixed vegetables year-round to subscription customers, therefore it’s necessary to grow a large number of vegetable varieties. Climate and weather play a large role in what the farm can produce and they grow most frost-tender crops in a large greenhouse. They harvest rainwater from farm sheds and the greenhouse, save much of their own seeds and grow all their own seedlings for transplanting. Geoff also sells his produce through the Southern Harvest weekly produce box subscription scheme and at the community stall at the Bungendore Farmers Markets. You can find him there from 9-12 am every Saturday morning. 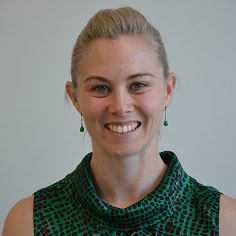 Sarah Burgess
Hiya! Professionally I am a bean counter (affectionately used in jest), I am an accountant. I have volunteered to be the assistant treasurer. I have no green thumb skills whatsoever, but I am a keen bean and I love to cook (home-cooked-rustic-intuitive-creations) and more than cooking, I love to eat. The only philosophy I am guided by in being a committee member (my first) is wanting to help and the self-interest of being able to get my hands on the best, local ingredients around. I am blessed to be surrounded by honest, hard-working and knowledgeable people in Southern Harvest. 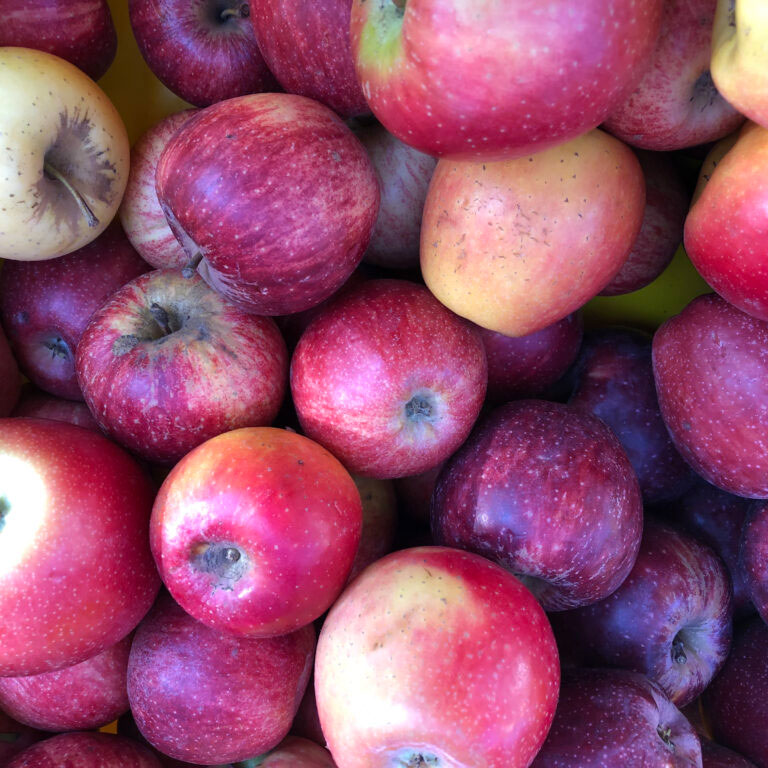 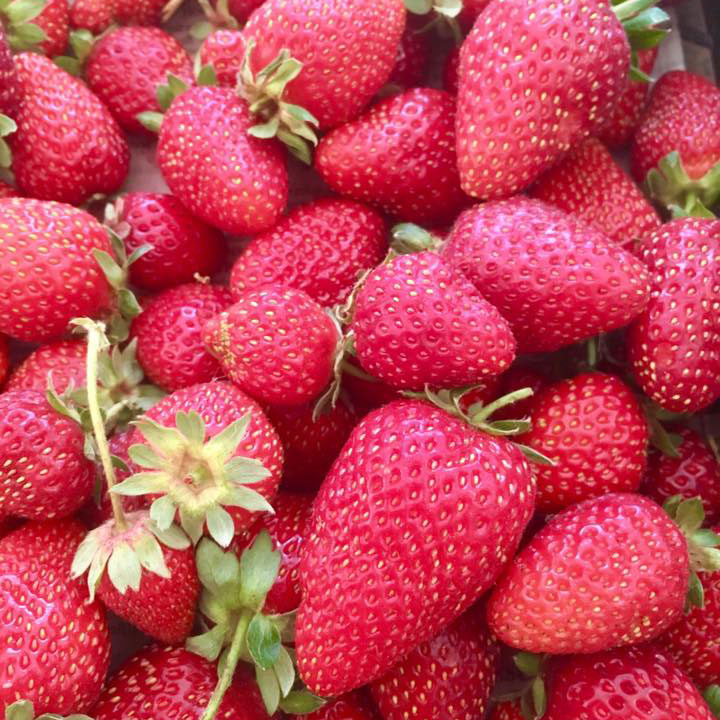 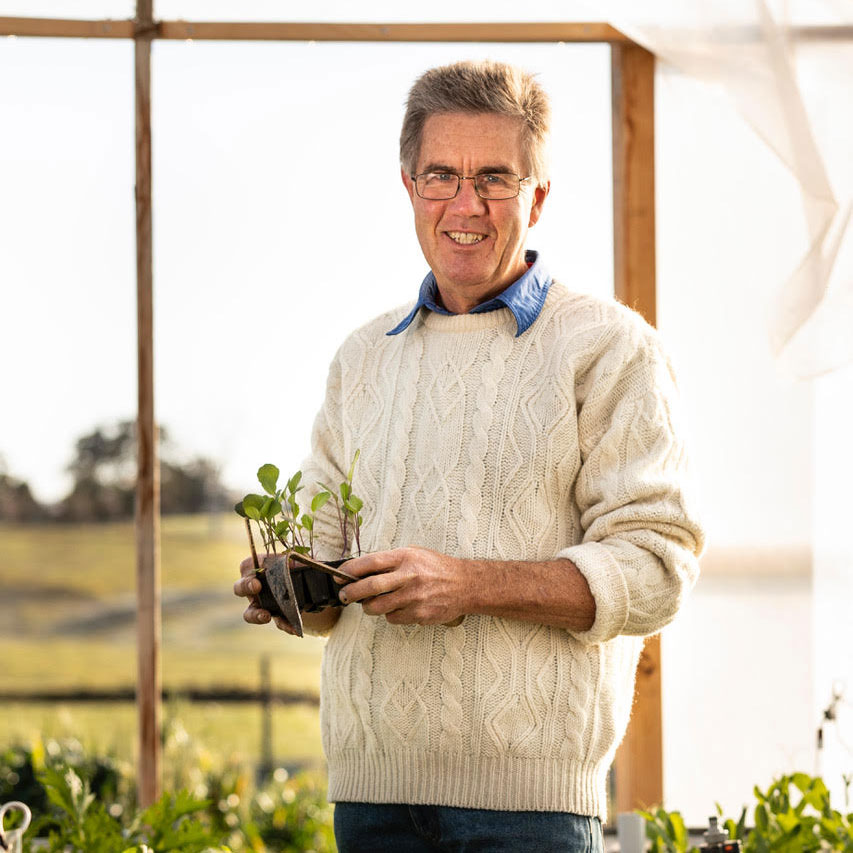 During the summer, the farm produces a range of heritage tomatoes for sale at the Bungendore Farmers Market. Chris is also undertaking research into the use of wicking beds for water-efficient growing of vegetables year-round. 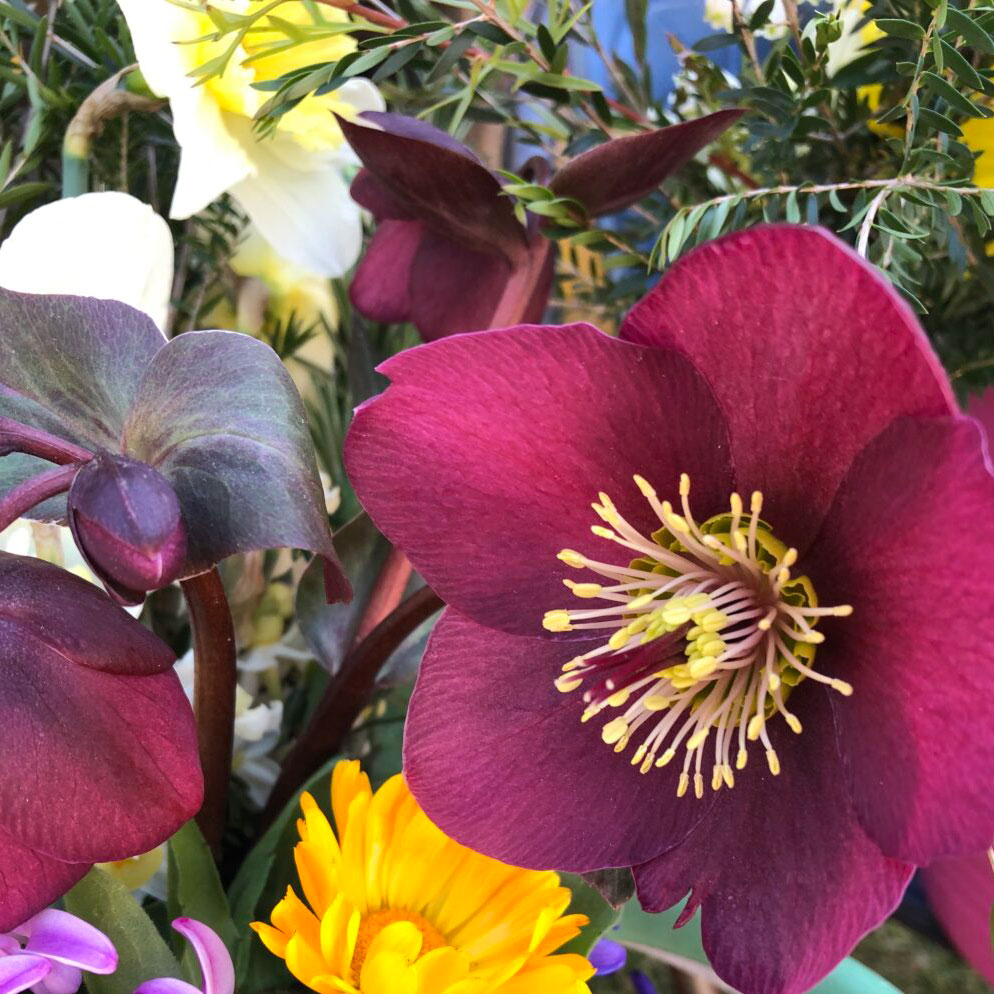 Bronwyn Wilkes
Bronwyn is a voracious vegetable eater who has been subscribing to the Southern Harvest produce boxes since the Summer 2017-18 season, and volunteering since the Winter 2018 season – first at the Canberra City Farm site in Fyshwick, then later setting up the ANU collection site in Autumn 2019. She loves being able to support farmers who are stewarding the land, air, and water of this beautiful part of the world in ecologically sensitive ways. She enjoys the opportunity to be involved in helping other eaters access nutritious food farmed in ways that support the health and wellbeing of farmers, eaters, and ecosystems alike. Bronwyn particularly relishes the sense of community that SHA’s produce box scheme has helped to grow, and not just because she has a captive audience for her terrible food puns, but it also means she’s not the only person to get ridiculously excited about broccoli and leafy greens. 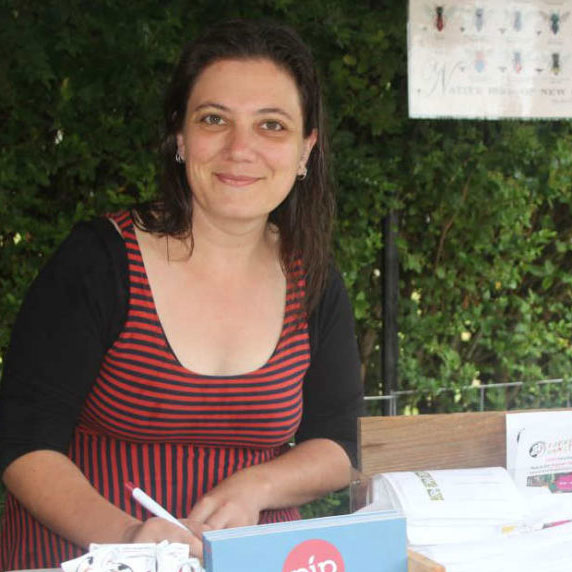 Ruth Gaha-Morris
My work with SHA as acting Secretary, Market Manager and Produce Coordinator, allows me to have worthwhile and meaningful linkages into my local food and farming communities. I am constantly amazed and often overwhelmed with the depth of community connections we are making through our activities like Harvest Festival and multi-farm produce boxes.

Many of my earliest memories are of growing, cooking and preserving food. I am passionate about eating ethically and sustainably, having local food security, and I love to feed people. I run a small catering business utilising local, found and foraged foods to create tasty treats and year long preserves. I also run workshops in preserving, fermenting and cooking and get great satisfaction from teaching others how to work with the local harvests. I also work with the Farmers Market Alliance of NSW and, on a national level, with the Australian Food Sovereignty Alliance. In October 2019 I was selected to facilitate regional engagement with the Committee on World Food Security as the Australasian Coordinating Committee Member for the Civil Society Mechanism. 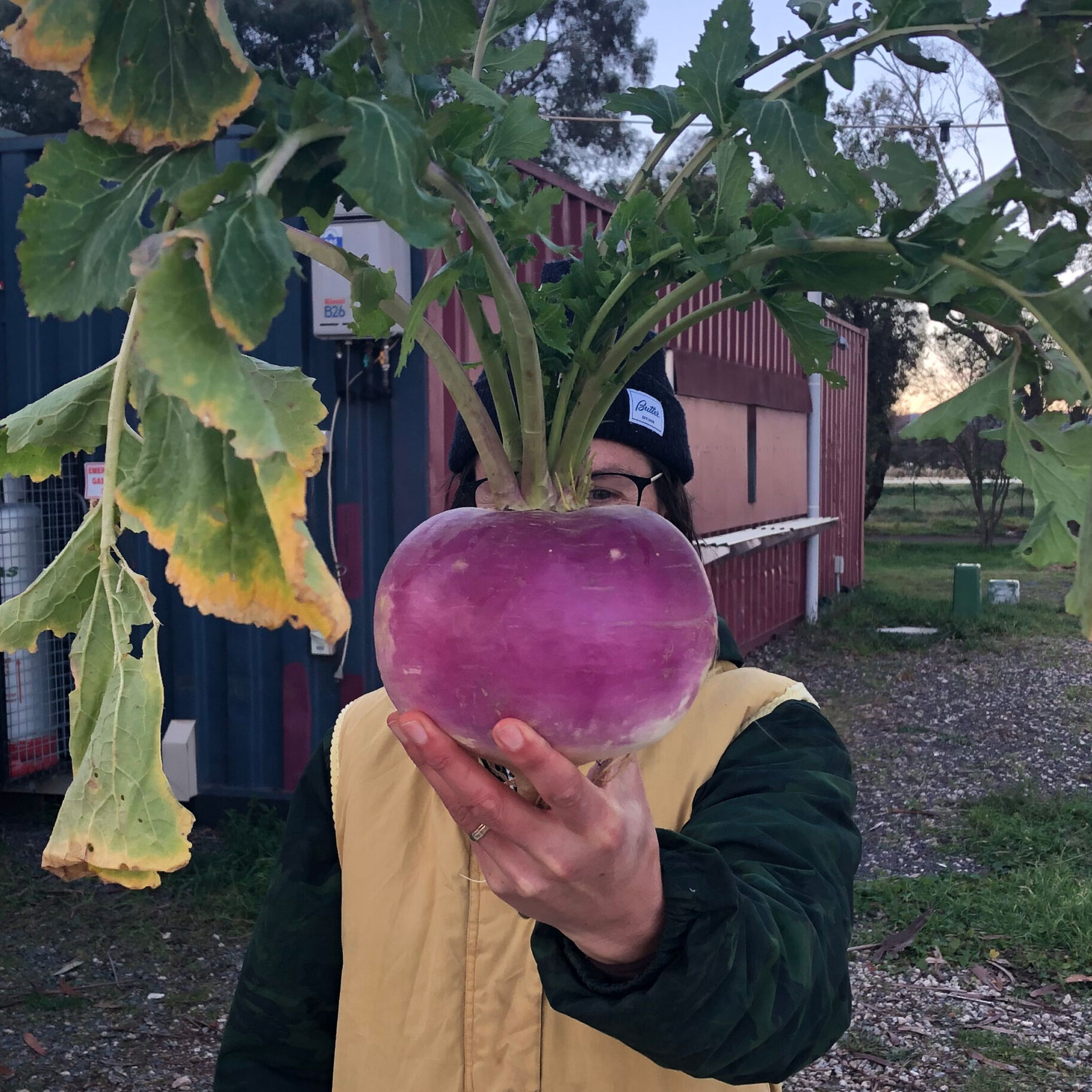 April Davis
I have always had a love for food and the Earth. This love affair got a little hotter when I moved to Canberra in 2018 and began working on local biodynamic and organic farms.
My long held curiosity around the interconnectedness of life has drawn me in the past to working in the community development and wellbeing sectors. However, these days I strongly believe that food and farming are at the centre of connection. I feel that well farmed food has the capacity to heal our relationship with the earth, ourselves and each other.
Outside of Southern Harvest you’ll find me farming at Brightside Produce, baking sourdough and eating loads of veggies, and there’s a good chance it’s all being done within reach of a book on soil microbes. 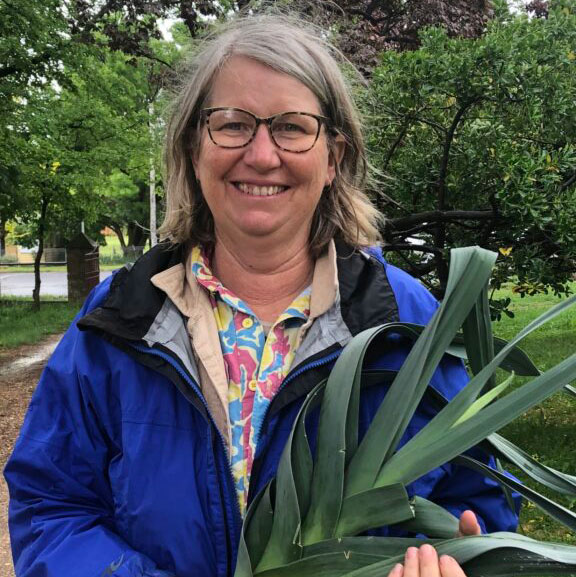 Lucy House
Lucy is a ex free range pork producer from Central Queensland, who is having a “gap year” in the Bungendore region. Her and her husband have moved down to enjoy being grandparents to their only grandchild, but will eventually move back to Qld, to their cattle farm that is being managed by their daughter in their absence.

Lucy is passionate about regenerative farming and growing and preparing healthy nourishing food. She has her own blog and has recently released a cookbook. Lucy also volunteers her time packing and distribution produce boxes with Southern Harvest. 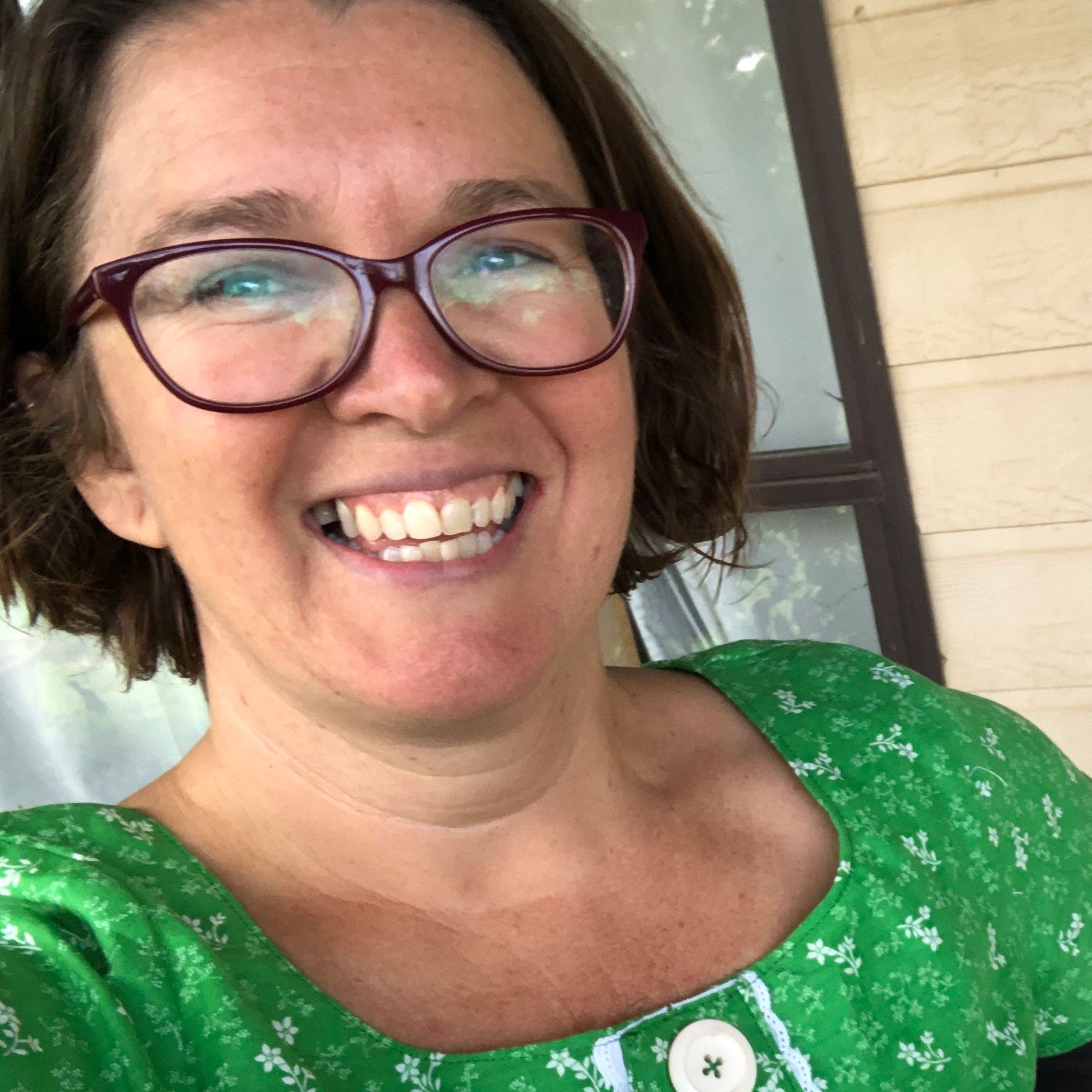 Sonia McDonnell
Sonia had thought for awhile that being self sustainable was the goal, to be reliant as much as possible on what she could produce in her back yard. To this end Sonia attended permaculture courses, gardening workshops and grew many a veggie in this pursuit. Whilst this has taught her a lot, she found it to not actually be a realistic goal especially with working, having a young family and a small business.

Sonia got involved with Southern Harvest when she joined the Produce box scheme, as a way to supplement what they could grow at home, with good quality local food. However, what Sonia discovered, as well as delicious, nutrient dense food, was a rich community of people. “Farmers who can tell me about why the swedes are good this week or how come a carrot can grow to 750g and the real impact of drought; Community Stall customers who can delight with me in the lush colour of Warrigal greens or share the joy that a bunch of radishes can bring; veggie box subscribers who regail me with a story and recipe of how they used turnips in the previous week; and other volunteers who I enjoy catching up with every week. I started being a veggie box subscriber and have ended up finding a community to belong to and that’s pretty great”.